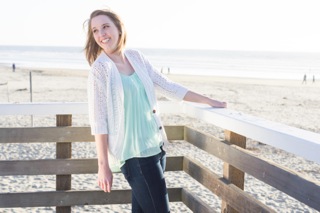 Tyler began dancing at the age of 3 in her hometown of San Ramon, CA. After taking some time to pursue competitive gymnastics, she discovered her passion for dance, and has been training and performing ever since. Tyler moved to San Luis Obispo, CA to attend Cal Poly, where she earned her Bachelors Degree in Kinesiology with minors in Dance and Psychology. While in school, she danced with Orchesis Dance Company, which provided her opportunities to work with choreographers from across the nation in contemporary, jazz, modern, ballet and tap. Her minor and company experience offered her chances to learn more about dance composition, teaching methodology, and arts administration. She had the privilege of choreographing a contemporary piece for the Orchesis’ annual performance and was chosen to direct and produce Cal Poly’s Spring Dance Concert two years in a row. Tyler is excited to be sharing her love for dance with the Dance & Company family!

Kathleen began dancing at the age of 3, and knew at an early age dance would play a significant part in her life! After 15 years at a competitive dance studio, she attended the University of New Hampshire, where she earned a Bachelor Degree of Business Administration & a Minor in Dance. Kathleen had the privilege of dancing for the UNH Dance Company – a performance company specializing in Jazz, Tap, Lyrical, Musical Theater & Aerial Dance – and was also awarded the Jean Mattox Scholarship for Excellence in Dance. Kathleen has been teaching Jazz, Tap, Lyrical, & Aerial Dance to various age groups since 2008, and loves sharing her passion for dance with her students.

Originally from the Boston, Massachusetts area, Kathleen relocated to San Diego in 2012, and joined the wonderful team at Dance & Company shortly thereafter. Although she greatly misses her family & friends back East, the staff & students at Dance & Company quickly became a second family to her. 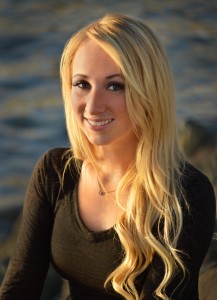 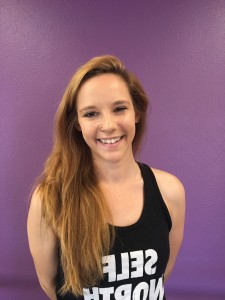 Originally from the East coast, Katie began dancing at her home town studio in New York at the age of 2. She continued to expand her training to include many different styles. Starting with ballet and tap, adding on jazz, acro, modern, contemporary, lyrical, pointe, belly dance, Irish step, and African tribal. Dancing with her performance company through high school, Katie performed in many local theaters and at many charity events. She also frequented the workshops offered at Skidmore college, Saratoga Performing Arts Center, Radio City Music Hall, and classes at Broadway Dance Center in NYC. Continuing her dance studies through community college, she began coaching gymnastics as well. After two years of gymnastics, Katie began teaching at a studio near her undergraduate school and ran the competition team. After a year injury, Katie has been keeping up with her skills by taking classes at different studios. Moving to San Diego for her Master’s degree in Clinical Mental Health Counseling, she has found a home at Dance & Company. Specialties: Tap, Jazz, Ballet, Combos & Acro.

Sandra Choi grew up in Bakersfield, CA and began her dance training at the age of six. After 12 years as a competitive dancer, she attended the University of California, Riverside, where she earned her Bachelors Degree in Dance. During her time as a student at UCR, her studies were heavily focused on ballet, modern dance and experimental choreography. Sandra had the privilege of directing and choreographing for UCR’s annual performance, “UCR is Dancing” for two years in a row, while also training and teaching competitive dancers at local dance studios in Riverside County. After graduating in 2011, Sandra relocated to San Diego, CA and shortly after started her own regional dance competition. She has been teaching Jazz, Tap, Lyrical, & Ballet to various age groups for now over 10 years. Sandra is excited to be a part of the Dance & Company faculty and looking forward to sharing her love for dance with her students! Specialties: Tricks & Turns, Jazz, Tap, Lyrical 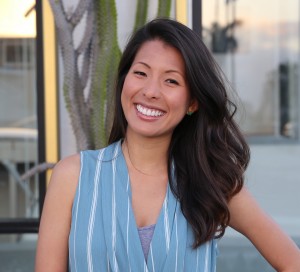 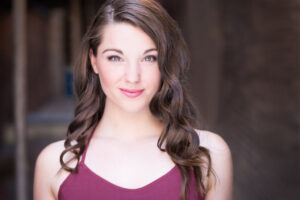 Danielle Behrens was born and raised in Visalia, California. She works professionally as a musical theatre performer and dance instructor in both California and New York City. She has been dancing since the age of 3 and teaching and choreographing since the age of 16. While studying dance at Sierra Performing Arts Center, Danielle quickly discovered that she wanted to pursue a career in the arts and began training in voice and acting as well. She continued her training at College of the Sequoias, and then transferred to Marymount Manhattan College in New York City where she earned her Bachelor of Arts in Musical Theatre. After graduation, Danielle joined the North American touring cast of The Wizard of Oz working as a swing. She then performed on the Disney Wonder cruise ship where she appeared onstage as Aurora, Cinderella, Belle and more. Danielle has also had the pleasure of performing at many regional theaters around the country. Some of her favorite credits include: Peggy Sawyer in 42nd Street, Clara Johnson in The Light in the Piazza, Kathy Selden in Singin’ in the Rain, and Meg Giry in Phantom of the Opera. She has worked as an instructor and choreographer at Broadway Dance Center, Thommie Retter’s NYC Tap Crew, Lopresti Dance Theatre, Sierra Performing Arts Center and College of the Sequoias. She loves sharing her passion for the arts as well as everything she has learned along the way!

Brittany grew up dancing at Performing Arts Workshop, Encinitas under the Direction of Leslie Craig. Brittany has attended summer intensives at State Street Ballet, Santa Barbara, and taken summer classes from Larry Rosenburg. Brittany’s thirteen years of Ballet training led her to receive her BA in dance from California State University, Fullerton. Under the department direction of Gladys Kares, Brittany began her modern training. She trained in Limon, Horton, and Graham from instructors Debra Noble, Alvin Rangel, and Lisa D Long; as well as keeping up her Ballet training with Muriel Joyce. Brittany May has performed in CSUF’s Fall and Spring Dance Concerts where she danced in contemporary ballet pieces by Muriel Joyce followed by classical repertoire from “Giselle.” Brittany Graduated Magma Cum Laude from the University Honors Program. Her senior thesis involved a research investigation on the style of Horton and how it related to Ballet dancers. She created and completed case studies that led her to acknowledge the benefits of the style on Ballerinas. Throughout her Honors project, she found her passion for teaching. Brittany just recently began teaching at Dance & Company in November and is excited to be a part of the family. Specialties: Ballet, Contemporary, & Combo 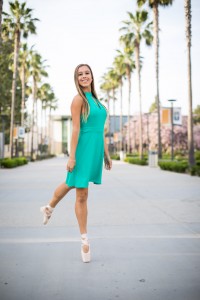 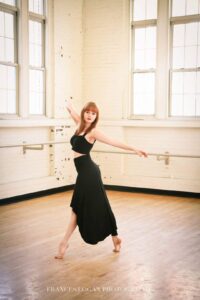 Camilla began dancing at the age of 2, but didn’t truly fall in love with it until college. Growing up, she studied ballet, pointe, modern, jazz, and tap, expanding her studies in improvisation, character dance, and more with annual state dance festivals. She found a love of musical theatre thanks to high school productions, which she performed in every year. After high school, she performed with her community college dance company before moving her studies to the University of North Carolina at Greensboro, where she expanded her learning with contemporary, West African, and somatics training, and earned her BFA in Dance Performance and Choreography. She’s been teaching since 2012, and spent much of that time working with performing groups, both competitive and non-competitive. She moved to San Diego earlier this year, and is excited to be a part of the Dance and Company family.

Sydney Suter is a teacher, choreographer, and actor in San Diego. Most recently being the Artistic Director for GCDC’s production of Beauty and the Beast. Past productions that Sydney has a part of, as a creative team member includes, The Little Mermaid, Peter Pan, Alice In Wonderland, and many Nutcrackers. With over a decade of training in musical theatre, Sydney has been an actor, dancer and singer since she was 7 years old. She has been in numerous productions such as Disneyland’s Fantasmic, Chicago’s Death and the Kings Horseman, and Perry Mansfield’s world premier Failure a Love Story. Growing up as a dance studio owners daughter, Sydney has watched and been around many dancers, teachers and has been trained in ballet, modern, jazz, hip hop, and musical theatre. Whether a student is training for Broadway one day or just wants to land that perfect pirouette, Sydneywants to create a safe and joyful space for all kids to discover their love for dance! 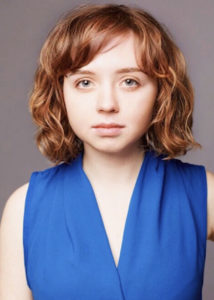